Users can be created by admins. Users can log into KaDeck Web.

Go to the Users page in the Organisation section of the Administration screen.

Roles must otherwise be added later individually for each user. Multiple users can be assigned to a group by editing the group on the Group page (see Manage Groups). 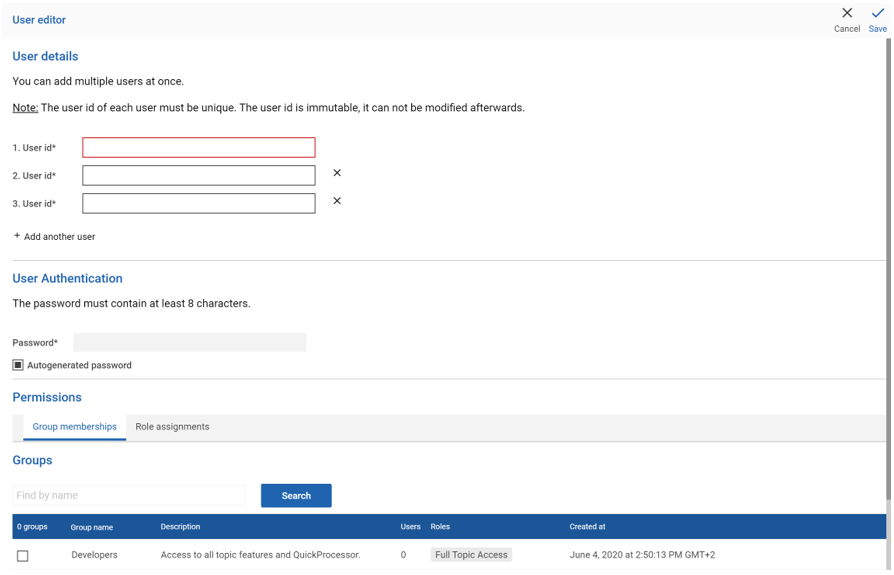 Next, you will be presented with an overview of all added users, including a generated password. You can download this table as CSV.

Tip: You can always create users

You can always create users in KaDeck, but a user license is required for a user to log in. Users who are not covered by a user license cannot log in and are considered inactive. If new licenses are purchased or existing licenses are released, they are assigned to waiting, inactive users in the order of their creation date on a first-in-first-out basis. Licenses can be released by deleting users with licenses.