The icons used show an architecture on AWS. However, the same scenarios can be implemented with the corresponding counterparts of the respective cloud environments (Google Cloud, Azure, ...). Also, the scenarios are transferable to on-prem infrastructures in simple steps. If you have any questions, please contact our solution architects. 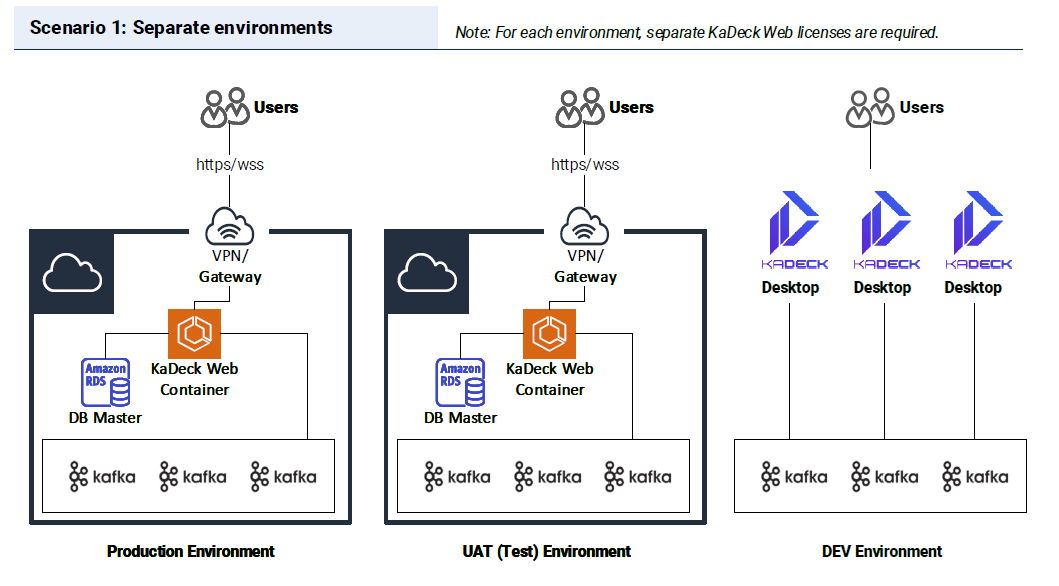 In this case, one KaDeck Web package license is required per environment. Alternatively, if the Apache Kafka cluster can be accessed via the employees' computers, KaDeck Desktop can also be used (as for the DEV environment).

For security reasons, a production environment should always be inaccessible from the outside.

In this case, only one KaDeck Web package license is required for DEV & UAT. KaDeck Web can (just like KaDeck Desktop) manage multiple connections and configurations in parallel.

For security reasons, a production environment should always be inaccessible from the outside.